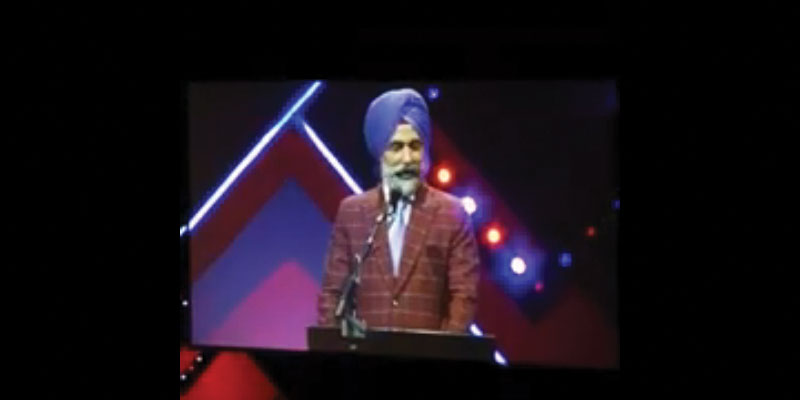 27 Sep IPMC CEO at the leadership ‘Level Up’ conference in Kelowna, BC Canada

Posted at 15:39h in IPMC Events by IPMC Ghana

In his introductory speech for the famous author Darren Hardy, Mr. Amar Deep S. Hari expressed that similar to the human quality of love for a pet, universal in most humans, the quality of success is also encoded in the genes of each person. Evidently, the human species has made considerable progress as compared to other species.

Nevertheless there is disparity between one set of humans who achieve success & those who remain deprived of it. Using the example of a pet who can be trained to enhance his skills, Mr. Hari mentioned that a person’s chance of success massively increases through education & advanced training. He commended Darren Hardy for dedicating a lifetime training people to achieve success & authoring bibles such as the ‘The Compound Effect’ & ‘Living Your Best Year Ever’.

‘Level Up’ conference was attended by over 2000 top CEOs & prospective leaders which saw other noted personalities speak on the forum, including two former Prime Ministers Stephen Harper & Jean Chréten. Stars such as Walter Bond, a former NBA player & author of ‘The Accountable Leader’ along with Omar Johnson, former CMO of Beats & VP of Apple also showed their authority on peak performance, marketing & branding.